We select, distribute, process and forge maximum quality titanium with expertise and passion. 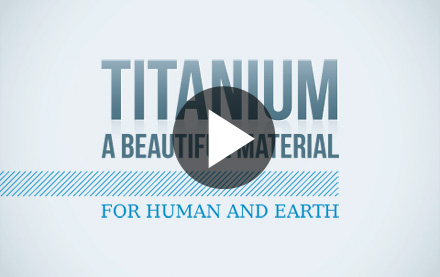 Titanium Marketplace Grows And So Does Titalia. Next Appointment? ONS 2014!

Also in the first months of 2014 Titalia is the witness and the engine of the growing success of the titanium marketplace: thanks to its remarkable features, titanium is employed in a growing number of applications.

The attention toward titanium is shown also by the growth of the visits to our company website, improved by 50% within a year: an important figure, but not the only positive sign of these last months.

The number of the companies that have chosen to rely on Titalia also grew in the first months of the year, a positive sign that has confirmed the choice of the company to invest in the growth of its production capacity and in the continuous improvement of the industrial processes.

For this reason, Titalia took part in the project "Laboratorio d’Impresa" that allowed four graduands in Management Science (University of Milan Bicocca) to go through an internship in Titalia. Thanks to the knowledge assimilated during the years of the university, these boys had the chance to see closely the working reality of Titalia, working in a project intended to improve part of the information material used during titanium processes.

The first months of 2014 have been intense but also full of satisfaction and encouraging signals from a marketplace that is facing the difficulties in a good way. In the month of August there will be just a brief break: Titalia’s offices will be closed from the 11th to the 22nd but the company will guarantee to every customer the possibility to satisfy their specific needs and face possible emergencies.

Right after the summer break, the Staff will leave for Stavanger (Norway): there, from August 25th to 28th, Titalia will take part in the ONS 2014, the biennial trade fair that represents a favourable meeting point for those who work in the energy and offshore sectors. Titalia’s stand will be at pavillon M, box 1234-F.

ONS is a very important exhibition for Titalia: the trade fair will inaugurate the second part of the year in which the new forge will become fully operative. The new forge proved to be particularly efficient and ready to face the challenge of a more and more demanding market which is also careful to the quality of titanium semi finished products.

All the news Generic